There are many places in the Bible that tell us that He does care, like:  John 3:16 For God so loved the world that He gave His only begotten Son, that whoever believes in Him should not perish but have everlasting life.  1 Peter 5: 7 Casting all your care upon him; for he cares for you. Psalm 55:22 Cast thy burden upon the Lord, and he shall sustain thee: he shall never suffer the righteous to be moved.

God cares, and as we approach Easter we are reminded of just how much God does care. You see the penalty for sin is death. You don't agree? That's OK. The penalty is still death. God IS and one of the things that He IS, is the Creator of all things. It's His universe, He gets to make the rules. You don't like it? Tough. God is still God and He calls the shots.

He's not only God the Loving and God the Creator, He's also, God the Righteous. and God the Holy. Sin can't track alongside a Holy and Righteous God. Sin is an old fashioned word. We don't think of it, or understand it much these days, but it really just means, that you missed the mark. You tried for the bulls eye, but you missed it. This Holy and Righteous God, set down some rules to live by, things like; don't murder, don't steal, don't covet and some other rules like don't worship anyone except God, don't take His name in vain and other rules. You probably know what they are, or if you don't, you can Google them.

These rules are called the 10 commandments, but when Jesus was talking about them in Luke 10:27, He said they really boil down to just 2. Thou shalt love the Lord thy God with all thy heart, and with all thy soul, and with all thy strength, and with all thy mind; and thy neighbour as thyself. Ever get really annoyed with someone? Was that loving? No? Then you missed the mark. You don't have to break any of what we might think of as the biggies, like murdering someone, just treat another person in an unloving way, and you missed the mark. What happens when you miss the mark? There's a penalty for it. Do you think you could go through life and never blow it? No? Me either.

See, God recognized that we don't have the capacity to always, with everyone, do the right thing. So He came up with this really bizarre plan to fix the situation. Sin has this huge penalty. It's death. Death is permanent. There's no do-over. Finito. Done.

So how does a Holy and Righteous God, who knows that the penalty for sin is going to condemn us to death keep us from killing ourselves, by default? He gets someone else to take the fall for us. Well that might work, but who is going to be crazy enough to apply for THAT job. No one, that's who. So God did it Himself. They are His rules. Break them and some one has to pay the price. No one else could, so God put His own head on the chopping block and died, so that we didn't have to.

God took all of the sin, all of the crap and corruption that WE did, onto Himself. He took the death penalty, so that we don't have to die. Now here's the thing. This substitution that He did, only works, if we want it to, it isn't automatic. It's like a Monopoly, "get out of jail free card" that's available to anyone, but you have to play the card. You have to believe that God really does love YOU so much, that he was willing to take the death you deserved and give you life instead.

That's where faith comes in. 1 John 1:9 says If we confess our sins, he is faithful and just to forgive us our sins, and to cleanse us from all unrighteousness. You missed the mark. So don't be an idiot, admit it. He has already promised to forgive it. He'll wash away all the garbage, and let you start over with a clean slate. You have nothing to lose and everything to gain. Just admit that you blew it, and ask Him to forgive you and make everything on the inside new again.

Not only does He wipe out the old, bad stuff, He, Himself will take up residence inside you. Can you imagine how easy it can be to live a perfect life if God is on the inside helping you? The amazing thing, is that you will know, that He is there, and He is real. Don't waste another day in the same old rut. It's time for a new beginning. You won't regret it.

Have questions? Want more information? Email me or leave a comment.

Tatting in my pocket, and a Bible on my desk


Just like there's always tatting in my pocket, there's always a Bible near by. They're all different versions and bookmarked in different places. Wherever we happen to be we pick up the nearest one and carry on reading. The other day I picked an NIV that was marked in Philippians 4:6 "Do not be anxious about anything, but in everything, by prayer and petition, with thanksgiving, present your requests to God." A little bit later, I read, this time in a KJV Matthew 21:22  "And all things, whatsoever ye shall ask in prayer, believing, ye shall receive." Then I picked up an ASV and read in 1 Thessalonians 5:16-18 "Rejoice always; pray without ceasing; in everything give thanks: for this is the will of God in Christ Jesus to you-ward."

During a time when things were being hectic and stressful, I had randomly hit these verses. Be anxious for nothing. Boy, did I need that reminder. Don't sweat it, just tell God the problem, being thankful that He's in control and will sort it all out. Really, when God's in control, you don't need to be anxious and you can be thankful because, He's always got your back.

Everything you ask for, you receive, when you believe that you will. Believing in the impossible is difficult, until you remind yourself Who it is, you're talking to. God, who created all things CAN do ANYTHING. And He loves me, I'm His kid. I have the right to ask Daddy for anything. And I have the right to expect to receive what I ask for.

Some time ago we had a bill coming due for over $1000.00 more than what we had in the bank. I had no idea where to get the money from. I talked to Daddy about it. I told him I didn't have the money and I didn't know where it was going to come from, but I was trusting Him to see that I got it. A client had asked about fixing a little problem, which we did, and told them we'd charge a couple of hundred for it. The client showed up a few days later to drop off an envelope containing payment, only instead of the $200 requested, they paid us $1500. The little job we did had saved them a lot of time, effort and money, and they were just passing along the benefit. I don't need to know how God is going to do it, I just need to believe that He will.

Being in the middle of a difficult situation can make you miserable if you let it. The admonition is; to rejoice always, pray always and give thanks always. If you know that God is always on your side always doing for you, what you can't do for yourself, you can always thank Him before it happens, because you know the outcome will always be in your favour and that's enough to make you laugh-out-loud-happy.

In Genesis 45:5  "Now therefore be not grieved, nor angry with yourselves, that ye sold me hither: for God did send me before you to preserve life." (KJV) Joseph was sold as a slave by his own brothers and he went through unpleasant experiences. Yet, in the end, he was no longer a slave, taken out of prison and raised up to a position just under the king. He endured really bad stuff, but in the end not only did he get promoted to an exalted position, he was placed so that he could save himself, his family and his nation. In selling him as a slave, his brothers had intended evil, but God intended good.

God's intentions are always good. He doesn't destroy, tear down, or rip apart. God creates, builds up, heals and restores. He may not do it in our timing, but He will always bring about good in the end. It's worth while rejoicing about. 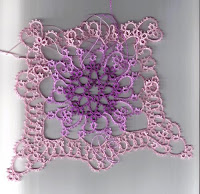 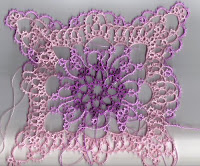 Then I have been re-writing class lessons for the design class, in between which there have been issues. Like hubby's computer got hit with a virus, TWICE. Each time he has insisted on full scanning of every computer in the office, just in case. No sooner had that issue been handled and we found out our domain had been hacked. Honestly, I don't check my domain all that often. I know what's on there and I only have to look at it when something changes. Having a blog, means that most of the changing stuff happens here where I don't have to nag him about uploading it. It also means that if I think of something to say, I just blurt it out and you get to suffer through it.

Immediately after that fiasco, my laptop started acting up and had to have a recovery disk run on it. I only use the laptop intermittently, often just for reading, but still, it was an aggravation.

Then hubby got a phishing email. He has set the spam filter on our domain about as high as it can go, so it ought to have been stopped, but it wasn't. That isn't what irritated him, what really upset him is that he has an email address that he ONLY uses with the IP. which means that no one else has it. So the phishing email was just a lucky (or unlucky, depending on your perspective) hit. That's the last straw. We're changing web hosts.

Having our own domain means that nothing should change on the website except for a momentary blip as it re-routes. We might be without email for a couple of days as the international systems get re-routed since the email is part of our domain.The nitty gritty has already been done with the new web host, it just needs the DNS switched over, but hubby has decided to let that go till next week.


I have another book in process. This one will be mostly quasi 3D  things.
Sneak peek:

One of the things I'd like to try designing is a motorcycle. So I've been looking at lots of pictures thinking about how I might accomplish this. I have no doubt that I COULD design one, but I want to make a design that other people could do too.